Dr. Dischord, full name Dr. Kakofonus As-Loud-As-Possible Dischord, often abbreviated to Kakofonus A. Dischord, is a doctor of dissonance that lives somewhere in the forest near the Valley of Sound in a carnival wagon, and his behavior contributed to the Soundkeeper's decision to lock all the sounds away. He loves noises, especially loud ones and the ones that most people would consider unpleasant, and he has an assistant named The Awful Dynne. He also has very large ears. Even though he's a bit of a grump, he has done a long-term good deed by adopting the DYNNE. He's also quite honest about the fact that he's not a very good doctor. He found Dynne living in an abandoned soda bottle, with no family, friends and relatives. So, he brought Dynne to his wagon as an assistant. He hates pleasant sounds, and gets furious when someone says that something else (i.e. Milo said words) are the most important things. When the people of Valley of Sound became noisy, the Soundkeeper allowed him to cure them of noise. But, as he loves noises the most, he caured them of everything but noise. The Soundkeeper became furious and chased him away from the valley forever. He keeps Dynne locked in a tight bottle, but often releases him. 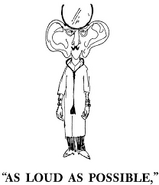 Dischord in the novel 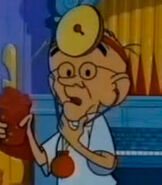 Him in the movie
Community content is available under CC-BY-SA unless otherwise noted.
Advertisement